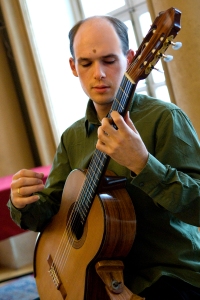 Classical guitarist Harold Gretton brings a diverse mix of masterpieces to life with an interpretive approach founded as much on raw passion as on thorough research. Not only interested in discovering new repertoire, he is equally at home rediscovering older classics. His unique vision is enriched by historical information in all of the virtuoso works he performs.

Harold Gretton began playing guitar at the age of 7. After formative studies with Carolyn Kidd, he started his Bachelor of Music studies at the Australian National University (ANU) School of Music under the guidance of Timothy Kain AM. He completed his Bachelor of Music with first-class honours in 2006. He was awarded the Friends of the ANU School of Music Bernhard Neumann prize for most outstanding graduate. He completed his PhD at the ANU School of Music in 2010, and in 2012 went on to complete a “Cour de spécialisation” (as a guitar duo with Véronique van Duurling) at the Strasbourg conservatory with the Duo Melis. 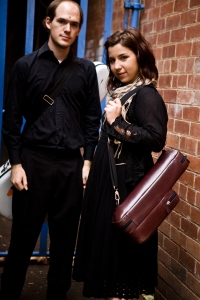 In 2009 Harold performed Ponce’s Concerto del Sur at the Sernacelhe International Guitar Festival with Pedro Neves conducting the Orquestra Filarmonia das Beiras. In 2008 he was invited to perform with the Canberra Symphony Orchestra, at the Annual Proms Concert conducted by Nicholas Milton. He has also appeared twice as a soloist with the ANU School of Music Symphony Orchestra, first in 2004 premiering Nigel Westlake’s guitar concerto Shadow Dances under the composer’s baton; and for the second time in 2005, with Max McBride conducting Rodrigo’s Concerto de Aranjuez.

Between 2006 and 2009 Harold performed numerous concerts with the Canberra-based guitar quartet Guitar Trek. He recorded the album Six Fish with Guitar Trek, which was released in 2012. He performs regularly with Australian flautist Lina Andonovska as the Grettovska Duo. The two also join up with violist Xina Hawkins as the Phoenix Trio. He was a founding member of the ensemble dominantSEVEN, for which he wrote and arranged numerous works. With dominantSEVEN he performed two regional tours of NSW, as well as a Sunday live concert for the ABC and concerts with Music Viva.

He formed the Duo Amythis with Belgian guitarist Véronique van Duurling in 2009. The two have won major prizes in the chamber music sections of the competitions in Transylvania (Romania), Olsztyn (Poland) and Cieux (France). They have played concerts in Australia, and all over Europe.

Recording
Harold released his first album in January 2010. Entitled “The 20th Century Guitar”, the album consists of four major works originally composed for guitar in the 20th Century. Work are by Luciano Berio, Ross Edwards, Antonio Jose and John Duarte. Please contact Harold to order your copy today! A new solo album is expected to be released in 2019.
He is also featured on Guitar Trek‘s 2012 release “Six Fish”, available through Tall Poppies.
In 2016 he released a duo album with Véronique van Duurling, entitled “The Journey”, which includes the world-premiere recording of a work by Johannes Möller, alongside other original works for guitar duo and transcriptions by the Duo Amythis. The duo crowdfunded the CD with a successful campaign on wemakeit. 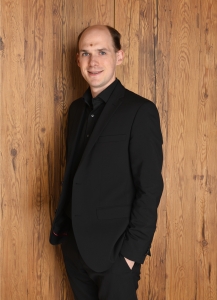 For his PhD, Harold’s research interest is historically-informed interpretation. This interest led him to perform numerous concerts on original early guitars in Sydney and Canberra as well as at the International Condrongianos Festival. Instruments have included those by Guadagnini, Lacotte, Panormo and Soriot (from the collection of Carlo Barone). Harold has been invited to present lectures at the ANU on the topics of musical form, Haydn and the London fortepiano school, Composing for the Guitar, and essay-writing. He has also presented papers at the ANU Post-Graduate Symposium, and was employed by the ANU as a tutor in music history for undergraduate music students.

Harold is a passionate educator for students of all levels. He has given masterclasses at the Sydney Conservatorium of Music, the Victorian College of the Arts, at numerous guitar festivals, and at the Conservatoire de Strasbourg. He is currently employed at the Riverina Conservatorium of Music and has also held posts at the Stuttgarter Musikschule, the Clara Schumann Musikschule, the Rheinperle Mandolinenverein as conductor and artistic director of a mandolin orchestra, and worked for six years at Music Colombo, a private music school in Saint-Louis (France).